Is Sewage Sludge Safe as a Fertilizer? 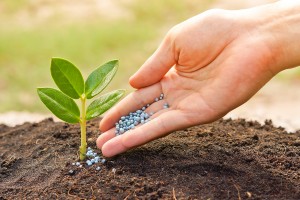 Sewage sludge is basically what it sounds like. It is a semi-liquid waste that is an end product of the treatment of raw sewage. Not long ago in the US, we simply dumped our raw sewage into the ocean and other waterways and landfills. Now, thanks to new laws and efforts by environmental groups, we are a little more careful about how we dispose of sewage. Sewage sludge is either buried in landfills, burned down to ash, or applied to land as a fertilizer.

Once they get over the fact of what sewage sludge is, and think of it as a natural fertilizer, people shouldn’t have any problem using this waste on crops, right? Not everyone thinks so. We seem to be perfectly comfortable with the concept of using cow manure to cover crops, but for some reason, it’s hard to think of these types of wastes in the same way.

Sewage sludge is regulated by the EPA. Waste treatment plants are required to treat the sludge before it can be used as a fertilizer. Before this happens the waste has been rendered to be less biologically active and the number of pathogens has been reduced. After this process the sludge is a B Classified biosolid. Waste which has been treated a second time is an A Classified biosolid. This type has no detectable pathogens and is safe for use anywhere. So that makes them safe, right? Not exactly.

Some environmental groups argue that the regulations imposed on wastes by the EPA are outdated and too lax. Many human pathogens cannot be destroyed after even the second treatment. Thousands of chemicals, including pharmaceuticals and carcinogens, have been found in random tests of waste collected from treatment plants, so the science is far from settled. On the flipside, others argue that the levels of the chemicals found were so low they did not pose any significant threat to human health and would have a very limited impact on the environment.

Posted on March 7, 2016
This entry was posted in Sludge Waste. Bookmark the permalink.